In our body we have positive and negative electric current flows. When those currents are balanced we enjoy good health. Our bodies, our posture and asana alignment affect our energy flow.
3

Yoga, as a holistic therapy can benefit anything tied to mental, physical and emotional balancing. Stretching & strengthening the muscles, hydrating & rotating articulations, increasing coordination, concentration, focus and energy levels among other benefits of a therapeutic nature such as lowering blood pressure, increased stamina and the reduction of stress levels through its regular inclusion in our daily lives.

Despite its benefits, Yoga isn’t meant as a replacement for regular medical care. Let your doctor know you’re trying it out and be sure to follow any treatment you may have ongoing.

“ I tried yoga for the first time with Rebekah, both to help me in dealing with endometriosis through a natural form of pain management, and for general wellness. I can say without a shadow of a doubt that I have never before felt so relaxed and at peace! At 21 years of age, I am learning how to breathe! ”

“ This Yoga class is so fascinating! A comfortable and safe place with good props to assist my level: Cushions, bolsters, blocks and mats. Rebekah is a professional teacher. ”

“ Rebekah is the most amazing teacher. Yoga with her is a concept on a different plane. Thank you Rebekah for the wonderful yoga practice. ”

The yin yang yoga sessions are established on intelligent cues that direct ones attention to breath and movement in full awareness as led through passive and active postures, free of physical force or judgement.

The yoga therapy / alignment sessions are founded within the same guidelines whilst also extending hands on adjustments and more assistance to the personal requirements on an individual level.

“The yoga asanas are aimed, among other things, to affect the transfer of energy and balance in these areas, energetically and physically: Alignment in yoga also refers to energetical alignment.” 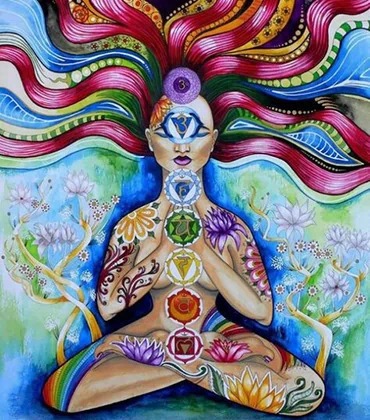 In the top of our head we have the positive pole – in yoga and tantra we call this: Shiva. At the end of our tail bone we have the negative pole, called Shakti. The electric tension between the two polls: We call Life. Using different kinds of practices, the yogi wants to awaken the dormant energy in the base of the spine. It is described as a sleeping snake, called Kundalini.

This actually is the purpose of Yoga Samadhi, enlightenment or alignment with all that is. When this happens the feeling of separation disappears and the person feels one with Creation. This is called Ananada – Absolute Bliss.

In the yoga tradition we count 7 chakras , each is connected to our limbs, nervous system and an endocrine gland. One might say that the chakras are a stage of awareness in the road to that final destination.

Maltese Mystic Yogi cultivated a Restorative Holistic Integrated Yoga practice that offers all the encompassing benefits of yoga through its approach that is integrated therapeutically & effectively in each yoga sequence. The sessions are founded on the key principles of Hatha Yoga, Aromatherapy & Meditation.

When practicing yoga for some time we can develop and increase the flow of energy to the chakras and in our physical body, in this way we are able to develop and to revive every part of our body, learning to control it and bring awareness into it. 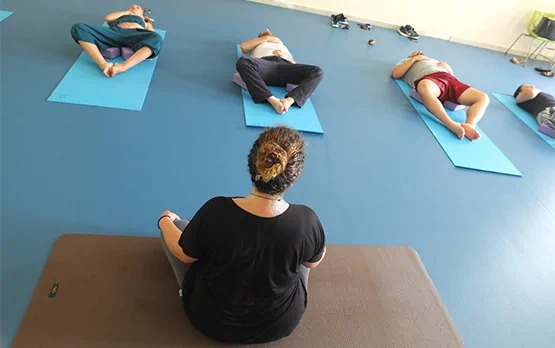 Booking is recommended! I make sure groups remain small so that everyone receives the proper attention and assistence. Unfortunately this means space is often limited. Please note, sessions typically tend to last 15 minutes longer. Yoga mats and all other props are provided.

Payment is accepted via cash, cheque, PayPal and bank transfer.